The future of technology was unveiled yesterday on opening day of CES 2017, as more than 3,800 companies debuted products across a record 2.6 million net square feet of exhibit space. Opening day featured future-focused product announcements and keynotes from the leaders of Carnival Corp., Huawei and Nissan, in addition to a C Space keynote with chairman and senior executive of IAC and Expedia, Inc. Barry Diller and chairman and CEO of MediaLink Michael E. Kassan. Owned and produced by the Consumer Technology Association (CTA)TM, CES 2017 runs through Sunday, January 8, in Las Vegas, Nevada. 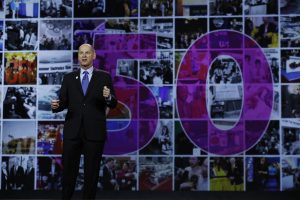 Gary Shapiro, president and CEO, CTA kicked off CES 2017 by exploring how technology transcends industries, transforms lives and fosters innovation. “Today’s innovators are working long hours and late nights to change lives for the better – and in some cases they’re saving lives,” he said. Shapiro announced that CTA will invest $1 million in five initiatives to help create better paying American jobs that maintain U.S. leadership in technology and innovation. “Our industry supports 15 million jobs and it’s time those of us in corporate America take an ethical responsibility and ownership in our national future.” Shapiro also announced CTA’s “Let’s Go Humans” campaign, celebrating innovators and creators who are developing technologies that are improving lives and making the world a better place to live.

Immediately following Shapiro, Arnold Donald, president and CEO of Carnival Corporation, took the opening keynote stage to unveil the Ocean Medallion, a first-of-its-kind wearable that acts as a personal digital concierge for cruise guests. The Medallion enables guests to access rooms, make on-board purchases, locate family and friends and so much more to maximize the cruise experience. “Each guest is different and the things that make them happy are different,” said Arnold. “Our mission is to personalize and simplify the vacation experience for everyone.” 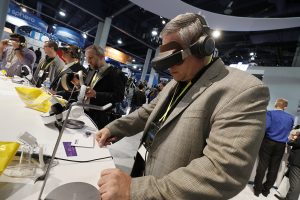 During the C Space keynote, IAC and Expedia’s Barry Diller discussed changes in the media landscape and how the advertising industry is being challenged today by fake news. This interview-style session was moderated by MediaLinks’ Michael E. Kassan and addressed the potential negative consequences of the public’s newly-found freedom to publish content. “Before, you needed a distributor,” said Diller, “Now you push a button and publish to the world; while that’s freeing, it has lots of nasty consequences.”

Richard Yu, CEO of Huawei Consumer Business Group delivered a keynote address on Thursday afternoon. He said the company has invested $38 billion in R&D in the last 10 years and announced a new smartphone with a dual-camera – a second generation Leica Dual camera, featuring dual sensors and 2X hybrid zoom. Yu showcased an ultra-long lasting battery with the Huawei SuperCharge, which charges four times faster and lasts 50 percent longer than other smartphone batteries. He also introduced the Mate 9, the world’s first intelligent smartphone to integrate with Alexa, the intelligent voice service.

Wrapping up the day, Nissan Motor Corp. chairman and CEO Carlos Ghosn shared the company’s vision for a zero-emissions, zero-fatality world. “The destructive triangle of autonomous drive technology, electric vehicles, connected cars and services means we will see more change in the next ten years than we did in the last 50,” said Ghosn. He then announced that the next-generation Nissan Leaf electric vehicle will come with the semi-autonomous ProPilot system, as well as the company’s plans to launch their Seamless Autonomous Mobility (SAM) system. Developed from NASA technology, SAM enables a “human in the loop” approach to autonomous driving, which monitors a vehicle’s path from a distance, providing peace of mind to drivers. 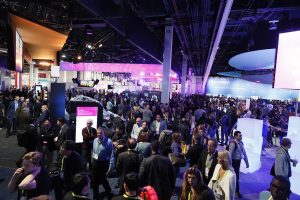 CTA’s Gary Shapiro sat down with Federal Trade Commission Chairwoman Edith Ramirez to discuss consumer privacy, the Internet of Things, patent trolls and the sharing economy. Ramirez emphasized the need for Congressional action to ensure the functions of internet-enabled devices are transparent. “All of the innovation you see on the CES show floor depends on the use and gathering of data, and that’s only going to accelerate, especially in regard to artificial intelligence and machine learning,” said Ramirez.

CNET’s Next Big Thing SuperSession was moderated by CNET Editor-in-Chief Lindsey Turrentine and CNET’s Editor-at-Large Brian Cooley. The panel explored barriers to unlocking the smart home. Obstacles discussed included cost, complexity and security. When the group turned to discuss security, they were briefly joined on stage by actress Carly Chaikin, who plays the hacker Darlene on the USA television series “Mr. Robot.” Security of the smart home, the panelists agreed, is the starting point of any smart home device. 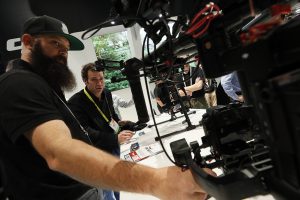 Thursday’s C Space Storyteller sessions kicked off with Margo Georgiadis, president, Americas at Google, moderating a panel with leaders from Universal Pictures and AT&T. The executives took a deep dive into how each brand leverages mobile to grow stronger and drive business results. They also touched on how to win the war for attention with so much content competition, with the consensus being to hook and hold audiences with compelling content.

Next, executives from Hulu and Live Nation took the C Space stage to discuss how they are redefining the concert experience through a new frontier: Virtual Reality. Kevin Chernett, executive vice president, global partnerships and content distribution at Live Nation Entertainment and Noah Heller, vice president, emerging technology at Hulu addressed the new frontier of leveraging virtual entertainment to give fans unprecedented access into the worlds of top artists both on and off stage.

Mike Parker, president, iCrossing moderated an afternoon Storytellers panel with executives from Bridgestone, PepsiCo and Whirpool Corp. to explore customer behavior driven by technology and innovation. Marketers need to manage the flow of data and leverage the analytics while learning more about their audiences. Brands will be challenged to maintain consistency with their stories, given the new tools coming into the market.

Rounding out the Storyteller sessions, President of Verizon Digital Media Services Ralf Jacob talked with leading content creators about how OTT strategies and technologies have enabled them to engage audiences and further drive opportunities. The goal isn’t to get the most clicks, but to keep their audiences coming back, increasing page time and sharing information with the brand. Engaging new users presents a gamble because marketers are forced to use new strategies with little data.

The three subsequent panels examined topics varying from an athlete’s life outside of sports, the challenges of, and strategies for, consumer engagement and the massive opportunity presented by the growing popularity of eSports. Participants included Chris Bosh of the NBA’s Miami Heat; Draymond Green of the NBA’s Golden State Warriors and Dexter Fowler’s of Major League Baseball’s St. Louis Cardinals, as well as executives from Bleacher Report, Dell and Ford.

To round things out, Federal Communications Commission (FCC) and Federal Trade Commission (FTC) Commissioner Roundtable Session was moderated by Julie Kearney of CTA with panelists FCC Commissioners Mignon Clyburn, Mike O’Rielly and Ajit Pai and FTC Commissioners Maureen Ohlhausen and Terrell McSweeny. FCC Commissioners kicked off the panel with broad agreement on the ongoing broadcast spectrum incentive auction, each commenting they are optimistic the incentive spectrum auction will succeed and make resources more efficient. The FTC Commissioners identified ongoing issues for data privacy and security for consumers with IoT, but stressed that any approach to regulating should be flexible enough to promote innovation.

Thursday also featured the Stuff Wearable Tech Awards, highlighting the 10 best wearables coming to market. The full list of award winners and honorees can be found at Stuff.tv. CES 2017 runs through Sunday, January 8.