The biggest change in cars for 100-years is now starting, according to a report on electric car technology from IDTechEx.
It is driven by totally new requirements and capabilities. They will cause huge new businesses to appear but some giants currently making cars and their parts will spectacularly go bankrupt. Cities will ban private cars but encourage cars as autonomous taxis and rental vehicles. Already 65% of cars in China are bought by businesses. The Japanese want the car to be part of the hydrogen economy and a source of power when the next earthquakes and tsunamis hit. The emerging countries want car-like vehicles, mainly as taxis, that are one tenth of the cost and never refuel because the ample sunshine and wind will be grabbed and stored by the vehicle. There is even work on getting electricity from tires. 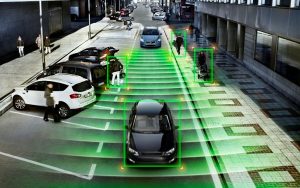 Uniquely, there is a complete chapter on cars in China, the country that buys the most, has some of the lowest costs and leapfrogging innovation but completely different market drivers with the government controlling supply, demand and regulation. Even Chinese manufacturers do not know what comes next, some of which is naked protectionism and some of which, like the recent reintroduction of HEV financial support, a surprise for other reasons. That is why the constant updating of IDTechEx reports, in contrast to those of many other analysts, is key.

For cars, the mechanical world of cogs, axles, pistons and brakes is becoming one of power electronics, complex electric machine systems, batteries and their successors. Integration is the name of the game with components-in-a-box becoming smart wheels and smart inside and outside bodywork and seating. The dashboard and instruments will be made as one piece of formed composite with one company even planning highest-efficiency solar being the surface of this integrated dashboard to drive internal electrics. That featherweight solar layer was previously only affordable on satellites but its cost is promised to drop by one thousand.

Results from the IDTechEx report tell us to think of optics, electrics, electronics and electrics combining in “structural electronics” to make the traditional component maker and assembler suddenly feel unwanted while there is a shortage of the new skills and manufacturing facilities. Smart wheel systems could mean more space, less weight and better steering and performance in slippery conditions. Key enabling technologies rapidly move to batteries, power electronics and often multiple traction motors. Then comes very different energy storage, power electronics (now including many new forms energy harvesting including regeneration), signal electronics and reversing electric machines – often several per car and sometimes with the motor electronics costing more than the motor, Toyota tell us. Add software and services: big time. This report carefully assesses where and when, winners and losers.

The report times peak car, peak HEV, peak PHEV and peak lead acid battery. For example, Nissan in Japan told us they have no plans to remove the lead acid battery from their pure electric cars but others are acting differently.

The report finds a huge market emerging for the cheapest, easiest way of converting existing production of cars to keep them legal as new global warming laws bite. This is the 48V mild hybrid: it will also peak in the next fifteen years but, before that, it will transmogrify into a hugely popular form of electric vehicle by becoming capable of several pure electric modes with engine off. The Mercedes broad move to 48V MH in 2017 is only part of this story.

The report takes a sober look at the detail reveals surprising aspects not popularly reported. For example, Fiat Chrysler is a laggard in EVs but they convinced us they are a leader in 48V MH. Why has Toyota just done a U turn on pure electric cars? Timing is all in this game.

The analysis reveals when energy independent vehicles (EIVs) become significant, not least as cars. It exposes the world of LIDAR, RADAR, cameras, software and so on for autonomy with their relative importance changing rapidly. The price trends are dramatic. Is there a hare and tortoise story here with Tesla terrifying the industry by becoming the Apple of automotive but acquiring major quality and financial challenges? Volkswagen and Daimler have become ambivalent about fuel cell cars. Some say they are the end game, Hyundai says they are an important option and yet others call them fool cells. Who is right? Will the Chinese flood the world with half-price basic electric cars? When?

It is very important that readers escape the evangelism of so many commentators and access the balanced analysis of companies such as IDTechEx. For example, it breaks all the rules of safe manufacturing to radically change your product while increasing production one hundredfold yet we show how that is exactly what is happening with the lithium-ion batteries. Battery fires and explosions are ongoing but some car and battery makers have a superb record.
Forecasts should not presume everything goes right. The anode, cathode, electrolyte and format are changing in a headlong race to smaller size and weight, less cooling and non-flammability.