Aeryon Labs, maker of small unmanned aerial systems, marked another milestone in its rapid growth with the recent unveiling of a $3-million testing facility at its Waterloo headquarters. 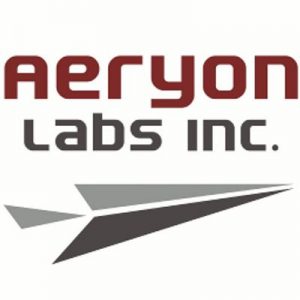 The drone maker’s 7,000-square-foot reliability lab, repurposed from existing space at the company’s main 40,000-square-foot campus, is outfitted with state-of-the-art testing apparatus to allow Aeryon to simulate a broad range of environmental conditions and speed development of new products and systems.

“This allows us to take control of our own destiny,” says Aeryon’s vice-president of engineering, Sean McCabe. “We’re very excited about this launch and what it affords us.”

Aeryon’s products have gained firm traction in the marketplace since the company’s inception nine years ago, with customers looking for mission-critical capability and all-weather aerial vehicle performance.

Police agencies, fire departments and the militaries of 26 nations worldwide are using Aeryon products in a variety of roles. Last month, the Ontario Provincial Police used the thermal imaging capability of an Aeryon Sky Ranger vehicle to locate a man missing in Perth County, Ont., who was suffering from dementia and hypothermia. The man was rescued and treated by emergency services.

Prior to the opening of its new reliability facility, Aeryon contracted out much of its testing, a process which sometimes generated less-than-satisfactory outcomes due to scheduling conflicts and inconsistent results.

The new lab, constructed over nine months, has the capability to subject drones and components to extremes in wet weather, cold, heat and vibration, to name a few, under stringent and verifiable controls. “It’s state of the art,” says McCabe.

The company currently has 163 employees at its Waterloo offices, an increase of 38 in the past year, and has so far avoided the snares that entangle many tech startups on a fast-growth trajectory.

“One area where we refused to make concessions as we grew was in the quality of our people,” says McCabe. “We spend a lot of time at the front end of the hiring process understanding the real strengths people bring to the table and matching them to roles, teams and projects. It is a very simple concept, but we have found that this is usually one of the first concessions made by companies when they are under growth pressure and unfortunately, when they get it wrong the results take a long time to emerge. Take the time to make sure you get the right people on the team.”

SkyRanger’s hallmarks are its ease of use and dependability

The company’s core product is the SkyRanger sUAS, or small unmanned aerial system, which is able to broadcast imagery and data in real time securely while carrying a suite of payloads, including thermal imaging. The SkyRanger’s hallmarks are its ease of use and dependability.

“It’s relatively easy to get a vehicle in the air,” says McCabe. “Keeping it there is another thing. We design all of these units to be robust and capable and equally important for us, [all the systems are] designed to be integrated from the get-go. This is key for us.”

“A recent example is [last summer’s Rio de Janeiro] Summer Olympics. We had the privilege to be involved with the security teams for the opening ceremony. SkyRanger was being used at night in tight urban areas, which means horrible signal interference and potentially hazardous obstructions for takeoff and landing. Our HDZoom30 payload was being used, which delivers 30x optical zoom and 60x digital zoom and it was all plugged into AeryonLive and being streamed live. This is incredibly complex stuff and our team did an amazing job.”

This is incredibly complex stuff

McCabe said a large part of the reason the firm’s new lab was built at its existing Waterloo campus was the continued support of the region’s tech ecosystem and its robust pipeline of talent.

“This is our home and there’s nowhere we’d rather be,” says McCabe.

“Aeryon’s DNA can be traced to many local companies in the area and we continue to draw on the support of the local community, as well as provide our own support [to others] where possible,” says McCabe.

He said the eventual plan is to make Aeryon’s new testing facility available to other companies in the region. And, the next phase for the company?

“Staying close to our customers and continued, focused growth,” says McCabe. “We are not trying to be all things to everyone and we don’t like putting tech into the market without knowing the problem it solves.

“Obviously, emerging tech is very important for us. Once we are sure we have real insight into what the customer needs, then we look at how we can transform that experience and make it as seamless as possible for them. Everything starts with the customer for us.”