Ottawa-based CATAAlliance, Canada’s voice for innovation lobby group has tabled a SR&ED Game Plan to address major deficiencies in Canada’s 3 billion dollar SR&ED tax incentive program. CATA Sr. VP of advocacy, Russ Roberts, commented, “$3 billion plus is currently being spent in a program where there is sufficient uncertainty about the credits that firms are being advised to significantly discount them when making decisions on investment.” 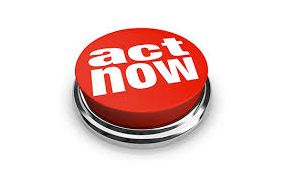 He added, “Experience suggests that a significant portion of ICT claims are retrospective and only windfall earnings and other countries like the UK appear to be achieving much more for less with their programs.” The SR&ED Game Plan calls for the creation of an Independent Authority to determine eligibility for tax credit claims associated with the ICT sector and then sets out key responsibilities of this new Authority.

Responsibilities of the proposed Independent Authority

* review both refundable and non-refundable claims for SR&ED tax credits in the sector to determine if they meet definitions and are reasonably supported;

* issue certificates of eligibility at the concept phase;

* monitor progress and do onsite reviews as necessary;

* review claims under the new refundable labour based “digital innovation” tax credit we propose for outside the SR&ED program, as described below;

* where definitions are met and it is appropriate, issue certificates of eligibility upfront so claimants file at the concept phase of the work. The CRA would still provide financial reviews;

* evaluate the new “digital innovation” and “innovation box” tax credits for effectiveness and ease of use to determine what modifications could improve the concepts; and,

* evaluate the effectiveness of various tax credits available to companies in the ICT sector, compared with international best practices.

CATA CEO, John Reid, concluded, “After three decades of continuous advocacy by the business community for improvement in the SR&ED program, serious, longstanding issues with the SR&ED program persist. Our innovation driven community is discouraged and many are doubters. If these issues are not fully addressed now we reduce our prospects for becoming a top ranking competitive innovation nation success.”

The SR&ED Game Plan is linked to key research documents to support recommendations and as a basis for a cross Canada advocacy Campaign now being deployed.

Executive CATA members with an interest in this subject area can request a copy by contacting CATA CEO, John Reid at jreid@cata.ca and also discuss how best to engage in advancing advocacy.