TELUS investing $4.5B to advance Comm infrastructure in BC

TELUS recently announced that it intends to invest $4.5 billion in new communications infrastructure across British Columbia through 2019.

TELUS reported that it will invest $1.2 billion in the province this year to extend fibre optic infrastructure directly to thousands of homes and businesses in rural and urban communities, further strengthen wireless service, and support key services including healthcare and education with new technologies. 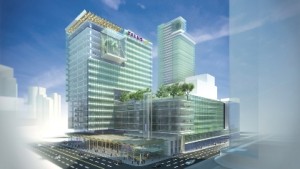 “By the end of 2019 TELUS will have invested more than $51 billion in British Columbia since 2000 to provide our neighbours with access to critical next-generation health, education, business and government services and solutions,” said Darren Entwistle, TELUS President and CEO. “The TELUS team is unwavering in our commitment to connect citizens, businesses, healthcare professionals, schools and government organizations to the best wireline and wireless technologies available on the planet, ensuring Canada’s success in the growing digital economy, today and for generations to come.”

“Whether it’s for work, school, or pleasure, British Columbians depend on fast, reliable Internet access,” said Premier Christy Clark. “TELUS’ continued investments ensure they not only meet increasing demand today, but lay the path for a growing economy.”

TELUS’ infrastructure and technology investments will advance services for the benefit of all British Columbians. In B.C., TELUS is:

* Expanding wireless service coverage to more than 1,540 kilometres of previously-unserved highways under the Connecting British Columbia Agreement signed with the province of B.C. in 2011. For example, TELUS now provides wireless coverage to more than 508 kilometres of Highway 16 between Prince Rupert and Prince George and will connect even more unserved highway segments across B.C. in 2016, enhancing the safety of travel throughout the province;

* Connecting even more communities directly to the gigabit-enabled TELUS Fibre network this year, including Vancouver, Vernon, Dawson Creek, Fort St. John and Merritt. Since 2013, TELUS has connected residences, businesses, schools and healthcare providers in 24 B.C. communities directly to fibre optic infrastructure and the next-generation of Internet and TV services, enabling residential speeds up to 150 mbps and the ability to access faster speeds as technologies and demand evolve. For more information and a map of the communities currently connected to TELUS Fibre, visit telus.com/fibre;

* Nearing completion of a $12 million project to run fibre optic infrastructure along 65 kilometres of Highway 4 on Vancouver Island, bringing enhanced Internet capacity and speed to communities on the west coast of the island. This TELUS-led project is a partnership with BC Hydro, All Nations Trust Company and the Provincial Government, and marks a first in B.C. history as TELUS used a new technology to trench alongside the Highway, eliminating the need to cut down thousands of trees along the 65 kilometre stretch to make room for aerial cables. TELUS anticipates all work will be complete later this spring;

* Welcoming team members and guests to TELUS Garden, the environmentally and technologically advanced LEED Platinum office tower in downtown Vancouver. Construction of the neighbouring 53-storey residential tower will be completed this spring;

* Expanding its healthcare solutions. Currently, TELUS provides electronic medical records to more than 15,000 Canadian physicians as well as health benefits management solutions to more than 10,000 pharmacies, 11,000 dental clinics and 33,000 extended healthcare providers across the country. TELUS Health has invested more than $1.6 billion to bring patient-centred solutions to market to improve the flow of information across the healthcare continuum and enabling better health outcomes for British Columbians and all Canadians;

* Investing in Internet-connected devices to promote the growth of the Internet of Things (IoT) in British Columbia, driving solutions that will enable all sectors to further their global competitive advantage, reduce their environmental impact and increase worker safety;

* Enhancing the capacity of its advanced Internet data centre in Kamloops to meet the growing needs of its current and future clients in B.C. and across Canada. Combined with TELUS’ expanded cloud portfolio, B.C. businesses now have access to a full suite of managed Infrastructure as a Service (IaaS) solutions that includes public and private cloud options, as well as Canada’s first hybrid cloud offering built on the Industry-leading Cisco Cloud Architecture for the Microsoft Cloud Platform; and

* Giving back to the community by contributing more than $4.2 million in grants through TELUS Optik Local, which funds artists to support the production of local and original stories which are showcased on Optik TV’s Video on Demand.