Revenues to reach $287B, an all-time high according to tech group

The ever-expanding adoption and continued growth of innovations comprising the Internet of Things (IoT) will help lead the U.S. consumer technology industry to a record-setting $287-billion in retail revenues ($224-billion wholesale) in 2016, according to the Consumer Technology Association (CTA), formerly the Consumer Electronics Association (CEA).

CTA unveiled the latest version of its semi-annual industry report, U.S. Consumer Technology Sales and Forecasts, on the eve of CES 2016, the world’s gathering place for all who thrive on the business of consumer technology, running Jan. 6-9 in Las Vegas NV. 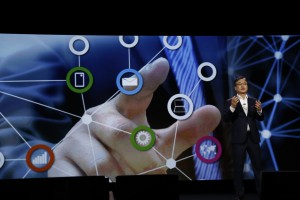 Well-established technologies including smartphones, televisions and laptops will continue to drive U.S. retail revenues and lead to one percent industry growth in 2016. While these categories – together with tablets and desktops – account for 51% of the consumer tech industry’s revenue, the catalysts for industry growth are newer innovations such as wearables, virtual reality and drones.

“2016 will be another great year for consumers. As more products become connected, we’ll be able to manage our lives in ways that weren’t possible even just a few years ago,” says CTA president and CEO Gary Shapiro. “The exponential growth of the IoT and the lightning-fast speed of innovation are key reasons we’ll see such strong growth across so many tech categories. Highly sophisticated technology is becoming more affordable and accessible – improving our safety, productivity and entertainment.”

Exponential growth of the IoT

While CTA forecasts overall industry growth in 2016, the strong household penetration of mature categories, such as tablets, televisions, PCs and laptops, and continued industry innovation are declining or slowing growth and placing pressure on margins for some manufacturers and retailers. For example, despite a projected 65 percent increase in revenue for Ultra High-Definition TVs in 2016, CTA expects revenue for the overall TV market to not increase this year.

CTA’s consensus forecast reflects U.S. factory sales to dealers and covers more than 300 tech products. The semi-annual report serves as a benchmark for the consumer technology industry, charting the size and growth of underlying categories.

* Video and Audio: IoT connectivity is transforming core consumer tech categories. In video, smart TVs are projected to sell 27 million units in 2016, a 13 percent increase over 2015, and streaming media players will sell 15.8 million units (five percent increase). Connected speakers and wireless headphones are the standout categories in audio. Unit sales of Bluetooth/Airplay-capable speakers are expected to reach 17.4 million units in 2016 – a 40 percent increase – and $1.5 billion in revenue, while sales of wireless headphones will reach 3.9 million in unit sales (increasing 30 percent),and $623 million in revenue.

* Smartphones: As the dominant sales category in the industry, smartphone unit shipments are projected to reach 183 million this year, up five percent from 2015. Smartphone revenues will reach $55 billion in 2016, a four percent increase from last year.

* Tablets: After significant growth and wide adoption over the past five years, tablet sales will continue to decline in 2016. CTA projects unit sales to reach 60 million this year, a nine percent decrease from 2015. Revenues are expected to hit $18 billion, down 12 percent.

* Televisions: After a banner year of sales growth in 2015 that saw LCD TV shipments climb 10 percent to top 39 million units, the TV market should reach a steady state in 2016. CTA projects revenues will reach $19 billion for all TV sets and displays in 2016, on par with 2015, as volumes drop one percent to just under 40 million units. 2016 will be a phenomenal year for 4K Ultra High-Definition (UHD) TVs – driven in part by the market introduction of next-generation technologies – with shipments of 4K UHD displays projected to reach 13 million units (an 83 percent increase). CTA expects revenue from 4K UHD displays in 2016 to top $10 billion, marking a 65 percent increase.

* Laptops: Unit shipments of traditional laptops are estimated to reach 27.6 million units in 2016, a two percent increase over 2015. Increasing sales of 2-in-1 computers (including both convertible laptops and detachable tablets) will drive this category’s growth, with 11.7 million units sold in 2016 (48 percent growth over last year) and $8 billion in revenue.

* Drones: CTA expects U.S. sales of drones weighing more than 250 grams – the minimum for FAA-mandated registration – to reach one million units in 2016, a 145 percent increase from 2015’s total. When adding drones weighing 250 grams or less to those totals, the total forecast for 2016 drone sales tops 2.8 million units (up 149 percent from 2015) and $953 million in shipment revenues (a 115 percent increase from last year).

* 3D Printing: An expanding diversity of 3D printing capabilities will drive the sector’s growth in 2016. CTA expects 3D printer sales to increase 64 percent from 2015, to reach 179,000 units sold, with total revenues of $152 million, a 38 percent increase.

“We are at a time when new tech categories can come out of seemingly nowhere and lead to disruption in the blink of an eye,” says Shawn DuBravac, Ph.D., chief economist and senior director of research, CTA. “Digitization is rapidly changing the landscape of our daily lives, and consumers are clearly choosing to infuse tech in all facets of their lives. As economic fundamentals improve – a strengthened labor market, solid consumer spending, lower energy prices – the tech industry’s bottom line will continue to surpass record unit and revenue levels in 2016.”