What is the future for IoT and industrial medical equipment?

The Internet of Things (IoT) has made huge strides over the past half decade. While it may have started with smart watches and basic fitness trackers, the IoT has spread to all corners of the technology industry. Just last year, experts estimated an unprecedented market value of 157 billion USD. Others have predicted that the healthcare sector alone will produce $117 billion by the year 2020. 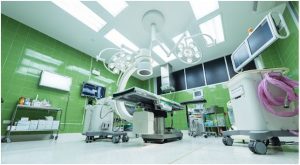 Hospitals and personal care are poised for a technological revolution. One of the most important aspects of healthcare is continuous and reliable data. But even with this realization, so much of the vital information hospitals need is collected manually, written down or even passed along via word of mouth. But when lives are on the line, a complex game of telephone doesn’t seem the best choice of communication.

The IoT can solve this problem and set the healthcare industry on a better path. Recent breakthroughs in engineering have led to smart wheelchairs, allowing for improved maintenance and health monitoring. Tracking stretchers in and out of hospitals has lead to improved workflow and decreased patient wait times. Connected medical tools and sensors allow for real-time monitoring and data collection, increasing the accuracy of information available. Together, these improvements are paving the way for a better medical industry.

Wheelchairs have come a long way from their humble beginnings. While they started as a means of self-transportation, they have become medical hubs on wheels. The IoT is making this even more apparent and promises to add connectivity to the previously isolated mobile units.

Back in 2014, Intel released a proof of concept for a connected wheelchair, backed by none other than Steven Hawking. It took advantage of the Intel(r) Galileo Development Kit in combination with Intel Gateway Solutions for IoT and a variety of sensors and monitoring equipment. Intel stated that the chair communicated data about the mechanical health of the chair as well as biometric data concerning the user. There were never any specifics released beyond this, and ultimately the prototype never went farther than a proof of concept. It did pave the way however for others who shared the idea.

A year later, AT&T partnered with Permobil to create their version of an IoT connected wheelchair. It featured information on seat positioning and pressure, guarding against possibly life-threatening pressure ulcers. In addition, it transmitted information about the battery and mechanical health of the wheelchair itself, allowing for predictive maintenance and thus more efficient care. As of 2016 there were still plans to bring the concept to market, although no official timeline is available.
Manual medical transport

Connected IoT devices are helping medical professionals as well, with custom solutions in the realm of medical transport. In Ohio, a hospital decided to come up with its own technological solution to reduce hospital wait times. EMTs and medical responders often have a significant delay before they can move patients from the stretcher to the hospital bed. To collect data on the issue, Summa Akron City Hospital attached RFID tags to all of the stretchers coming into their facility and deployed an Impinj smart reader at the emergency responder hospital entrance. The tags are scanned when they come in and out, allowing the hospital to collect data on the wait times for EMTs. A logistics team then used this information to increase hospital efficiency, leading to decreased wait times for critical patients. 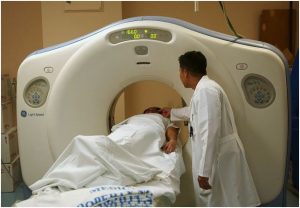 The IoT is also being used by responders before they even reach the hospital. Strokes are one of the most common causes of death worldwide, and treatment is extremely time-dependent. Unfortunately, starting treatment often has to wait until after a CT scan, in order for medical professionals to know what type of stroke to treat. That’s where Strokefinder comes in, a connected sensor array for transmitting and receiving microwave pulses. The pulses scatter off different tissues in unique patterns, and the type of stroke can then be identified. The pulse responses are recorded and transmitted to a computer for real-time data analysis, allowing for treatment to start on the way to the hospital instead of hours after arrival.
Prescription adherence

Prescription adherence is one of the most challenging parts of the medical profession. Patients don’t always follow their regimen and schedule, and often don’t remember their exact course of action for every single day. This unreliable information makes treating a patient more difficult, and can often lead to a lengthened and more expensive treatment. AdhereTech aims to fix this by providing a connected pill bottle. The container tracks when it is opened and uploads the information to a healthcare provider, ensuring accurate patient data. In addition, the bottle can send out reminders to the patient via text should they miss a scheduled dose. The technology is already in production and is proving itself useful in clinical trials. 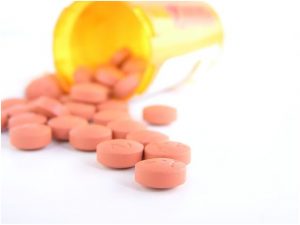 Refilling prescriptions is also a challenge for patients. Continually dealing with different pharmacy representatives can become frustrating or intimidating, leading some patients to abandon treatment altogether. Walgreens has taken initiative to change this, by creating a smartphone app for re-ordering prescriptions. A patient can securely log in, scan the barcode on the medication, and generate a new order that is sent directly to the pharmacy’s prescription system. It not only increases patient care and satisfaction but also generates less paperwork for pharmacy employees, which in turn leads to fewer human errors in the fulfillment process.

The IoT has the potential to vastly improve medical care via connected devices and, by extension, more reliable information. Medical providers should heed caution, however: the technological progress brings with it, its own set of problems. There are numerous cases of IoT devices having large-scale security issues, the most publicized being the recent DDoS attack on Dyn. If a hospital’s connected devices are compromised, their own network could be attacked from within itself. In addition, hospitals are one of the most valuable targets when it comes to digital pirates, and more connected devices translate to more possible attack vectors. When increasing their connectivity, health institutions must also remember to proportionately increase their security.

The revolution of connected sensors has already transformed an assortment of industries, but we’ve just started to see the potential emerge for medical equipment. IoT devices can transform wheelchairs into mobile health-monitoring units, and lead to better maintenance and care. First responders are getting creative to find different ways to make patient care faster. Connected pill bottles are leading to more reliable prescription information for health providers. The progress does bring its own set of dangers, but with proper security protocols, the internet of things has the potential to transform the medical sector as we now know it.